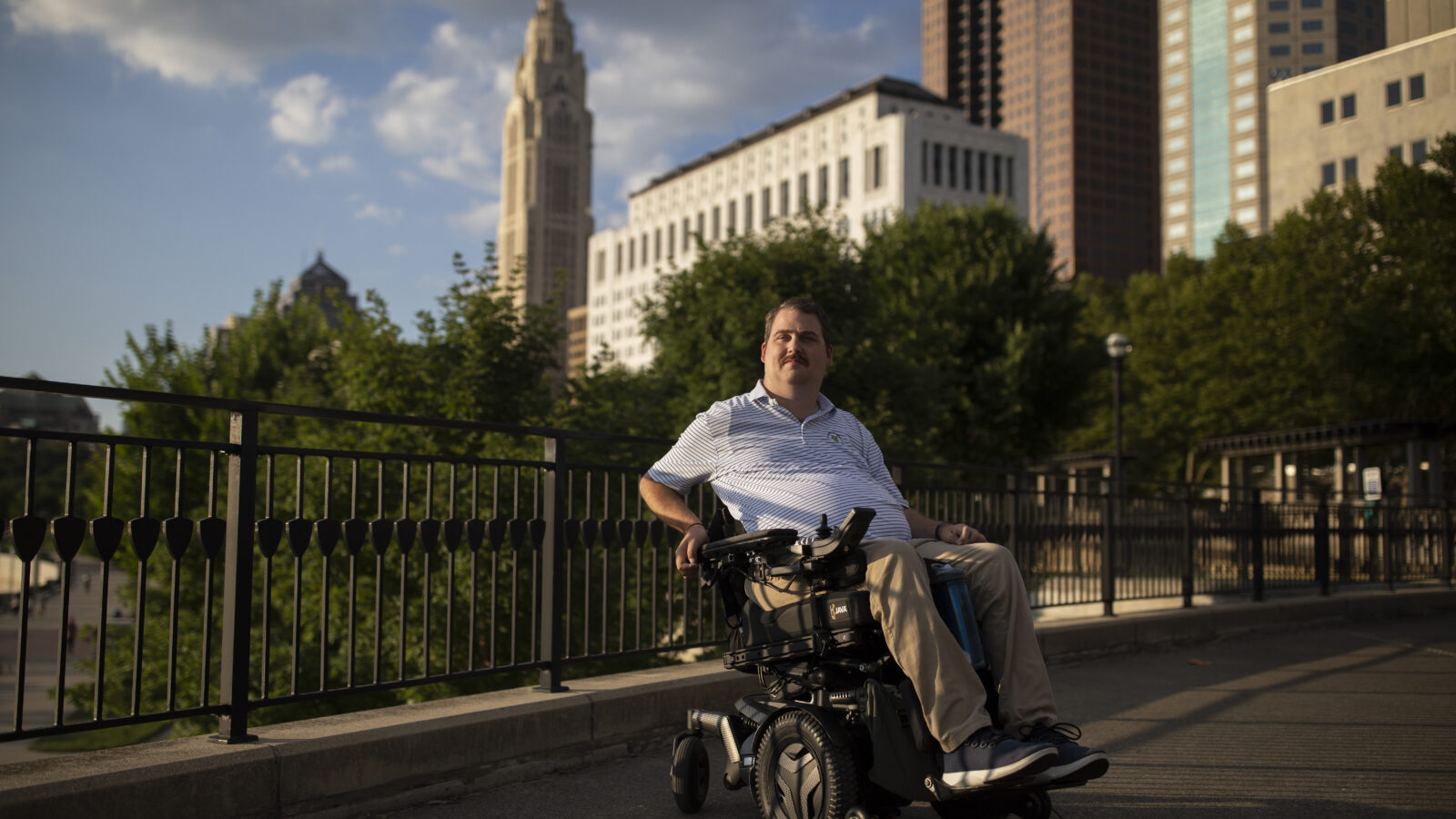 They Blazed a Trail With ‘Brain-Computer Interfaces.’ Now They Want to Help Shape the Field’s Future

Now, Burkhart is creating a group for the BCI community led by its pioneering users to discuss the kinds of questions he had seven years ago — and to serve more broadly as a forum to talk with others in the BCI community. The BCI Pioneers Coalition will center on the unique experience of Burkhart and his peers, whose numbers have nearly doubled since Burkhart received his BCI. The Man Who Controls Computers with His Mind

16 years ago, Dennis DeGray was paralyzed in an accident. Now, computer implants in his brain allow him some semblance of control. By Ferris Jabr On the evening of Oct. 10, 2006, Dennis DeGray’s mind was nearly severed from his body. After a day of fishing, he returned to his home in Pacific Grove, Calif., and realized he had not yet taken out the trash or recycling. It was raining fairly hard, so he decided to sprint from his doorstep to the garbage cans outside with a bag in each hand. As he was running, he slipped on a patch of black mold beneath some oak trees, landed hard on his chin, and snapped his neck between his second and third vertebrae. While recovering, DeGray, who was 53 at the time, learned from his doctors that he was permanently paralyzed from the collarbones down. With the exception of vestigial twitches, he cannot move his torso or limbs. “I’m about as hurt as you can get and not be on a ventilator,” he told me. For several years after his accident, he “simply laid there, watching the History Channel” as he struggled to accept the reality of his injury. Some time 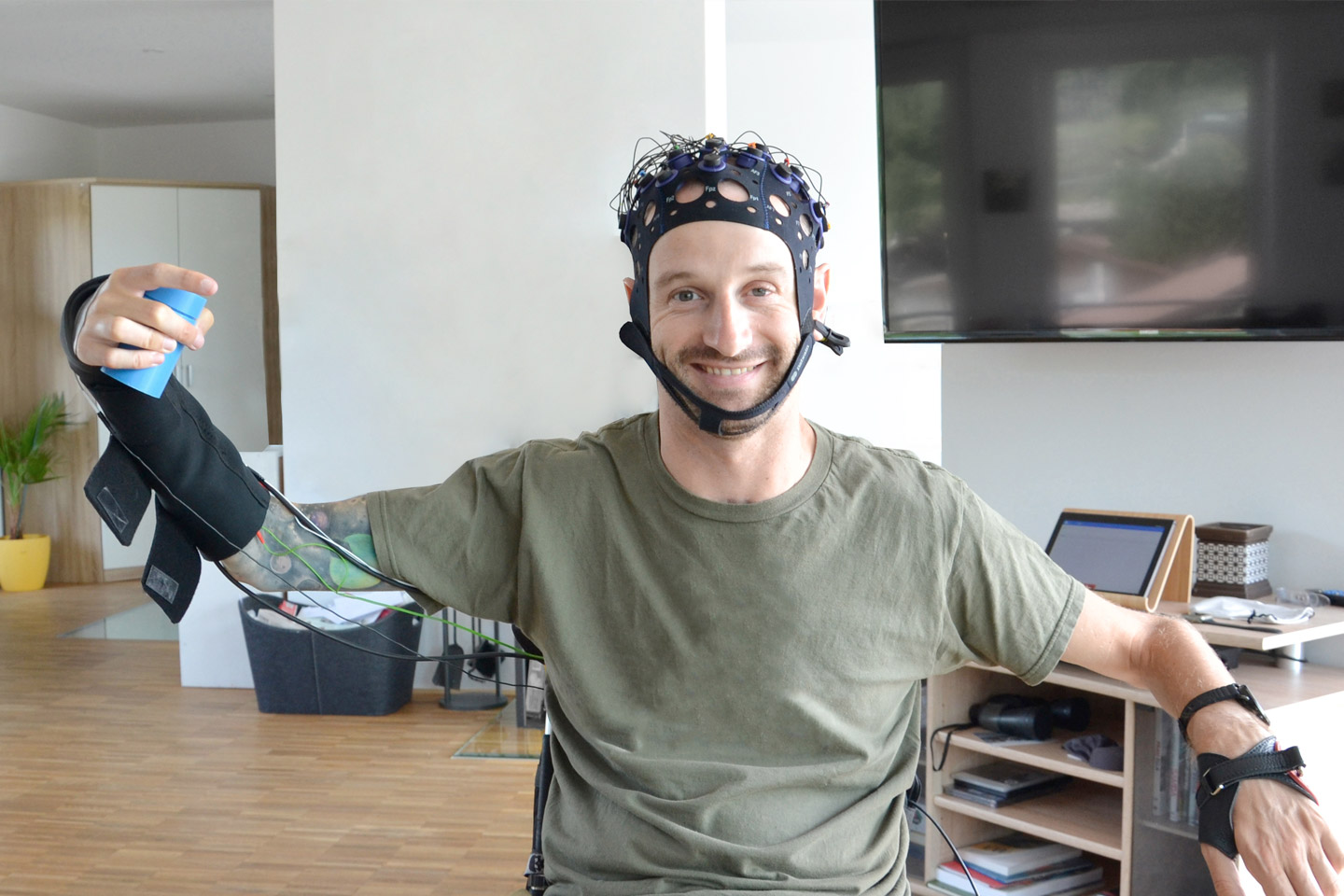 How brain-computer interfaces are turning thoughts into text

Facebook (as it was then known, before it entered the Metaverse) made headlines when it started funding brain-computer interface (BCI) technology, searching for a way to allow users to create text just by thinking it. Facebook was interested in creating a new way of interacting with technology – a system where a user could simply imagine speaking, and a device would turn those electrical impulses into text. 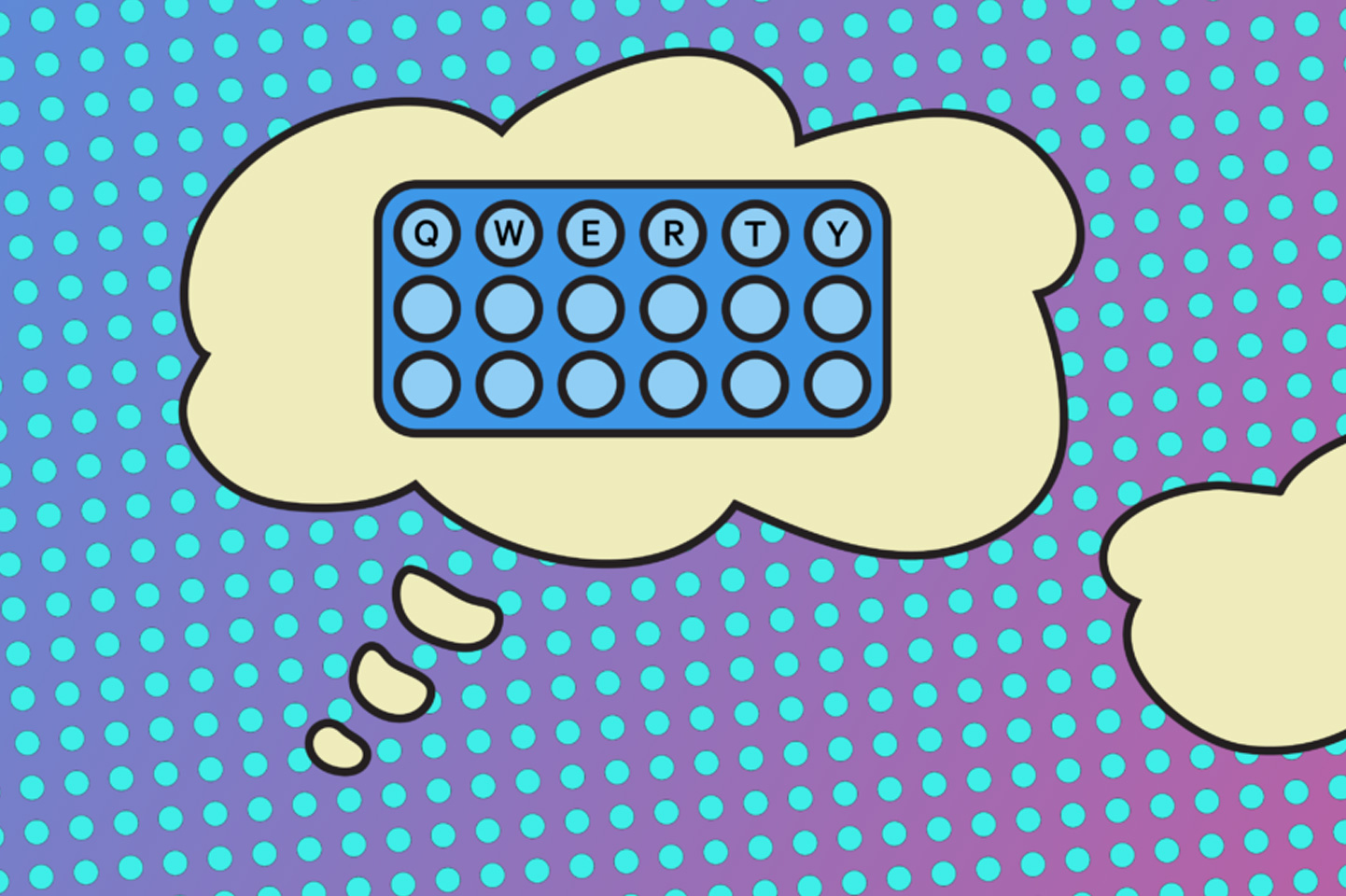 Imagine a world where our brains can dictate action without using our limbs. Contemplating this reality is mind-boggling, considering the technology that would be required to translate neurological signals into movement. It seems too good to be true in our lifetime, but Salt Lake City-based Blackrock Neurotech begs to disagree.

Lauded as the “world’s most advanced brain-computer interface company,” Blackrock Neurotech is the first to provide tetraplegic patients the ability to control robotic limbs directly from and with the brain—and the first to enable patients who have amyotrophic lateral sclerosis (ALS) to communicate again via an auditory speller directly controlled by their mind. 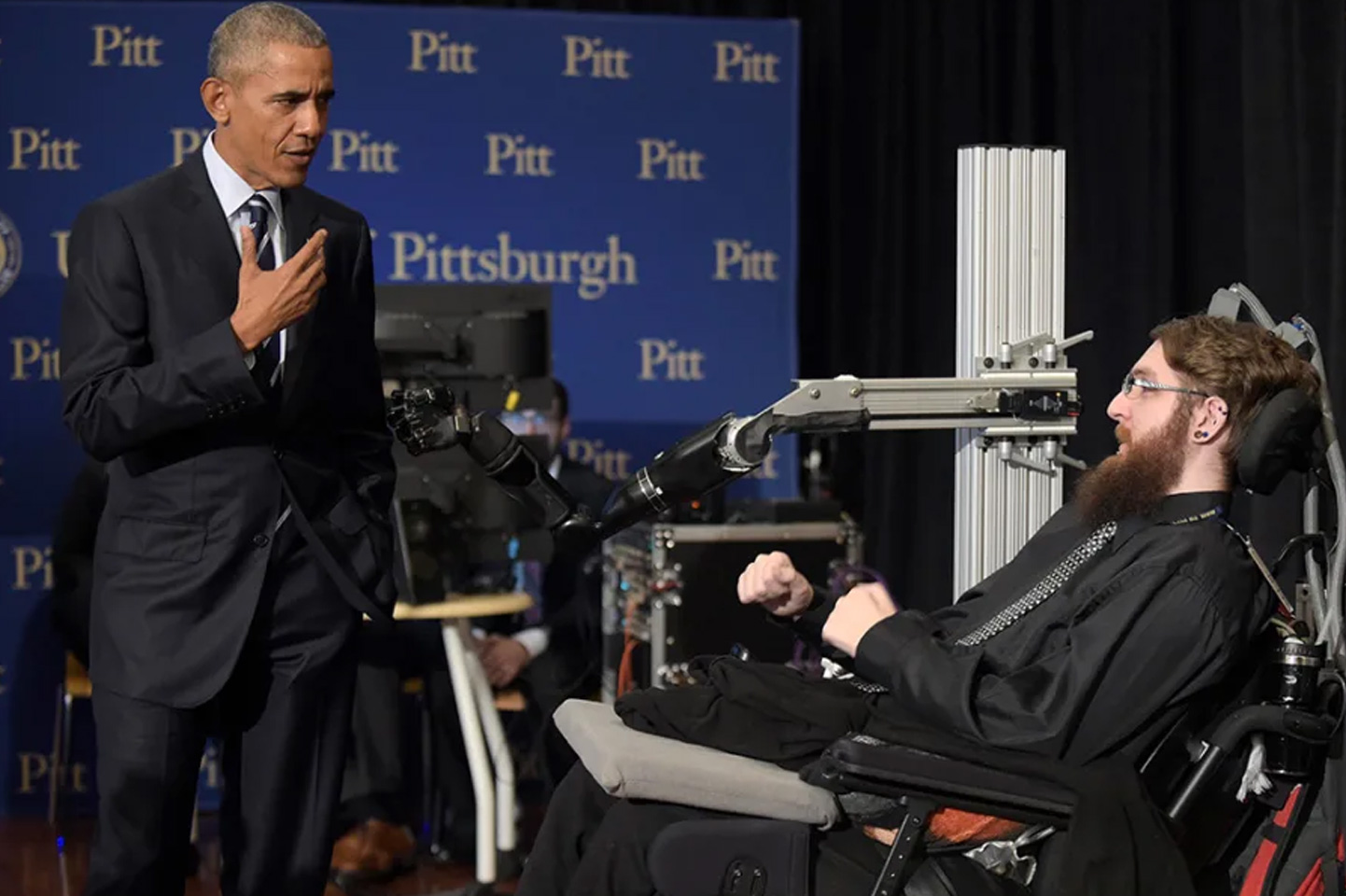 What a Feeling: A Look Back at a High-Tech Presidential Handshake

While a presidential meetup is a once-in-a-lifetime moment for many, a handshake in 2016 between 30-year-old Nathan Copeland and President Barack Obama felt extra special.

For starters, Copeland, paralyzed from the chest down after a car accident, was using a robotic hand – one controlled by two brain implants in his motor cortex.

With the on-brain nanoelectrodes, Copeland could restore the connection between brain and body. His thoughts moved the arm so that he could, quite literally, reach out to the President, to shake his hand. 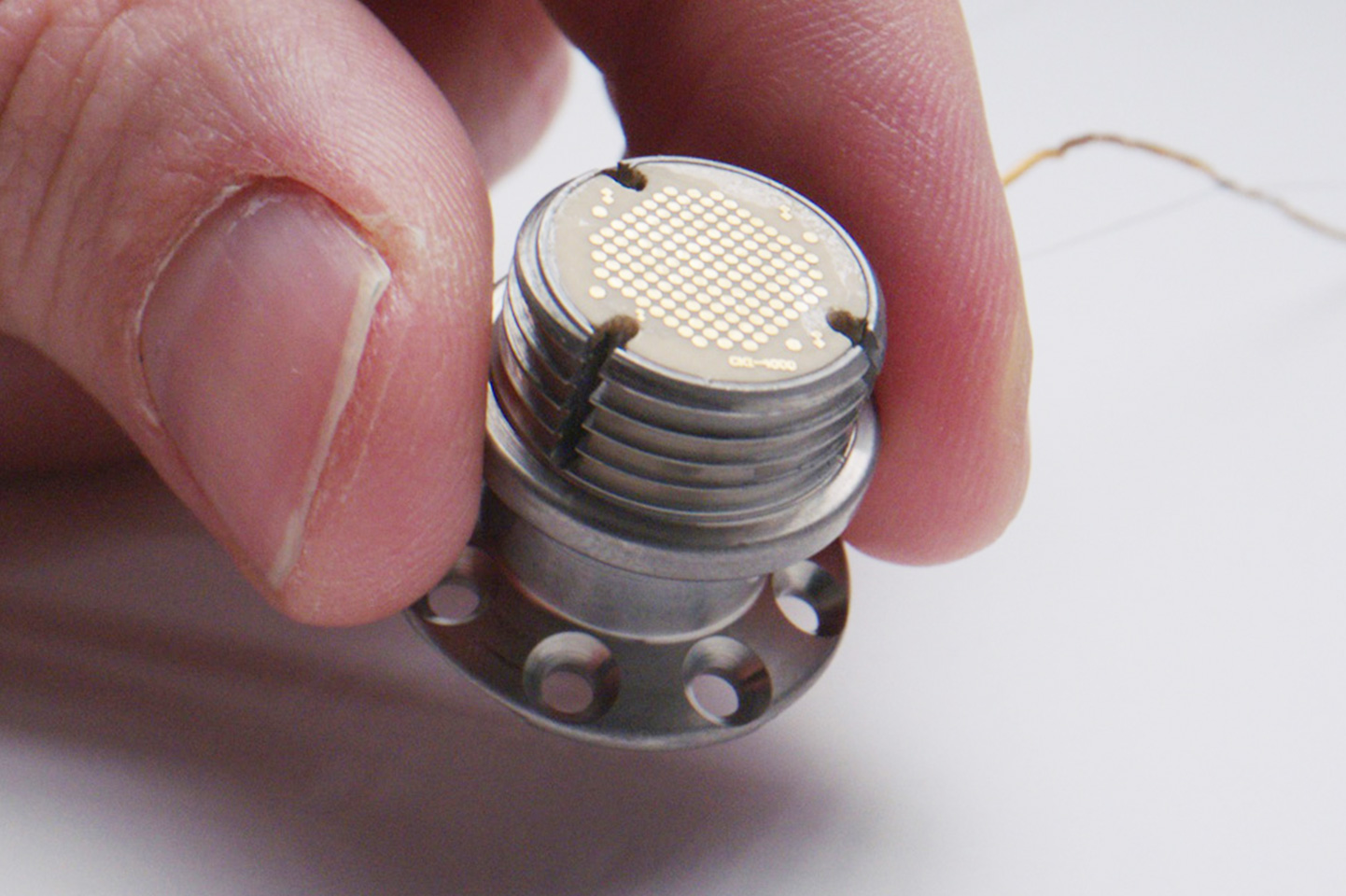 Here’s an Idea: How a Brain-Computer Interface Works

For some people, a critical link – the one sending signals from brain to body, the one connecting thought to action – does not work properly, or in some cases, has been severed entirely.

Marcus Gerhardt, CEO and co-founder of the Salt Lake City, UT-based company Blackrock Neurotech, is creating a technology called a brain-computer interface. The tiny implant aims at restoring the connection between mind and motion. 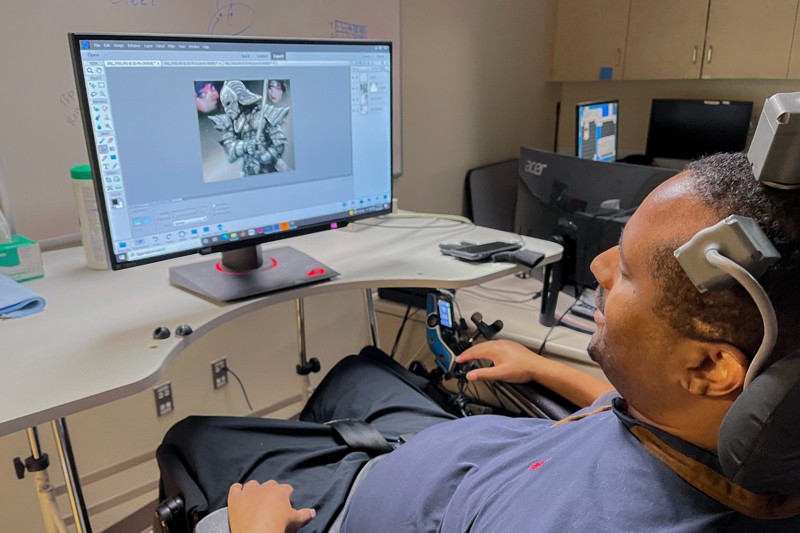 In March 2017, Johnson broke his neck in a go-carting accident, leaving him almost completely paralysed below the shoulders. He understood his new reality better than most. For decades, he had been a carer for people with paralysis. “There was a deep depression,” he says. “I thought that when this happened to me there was nothing — nothing that I could do or give.”

New Insights Into the Neuroscience Behind Conscious Awareness of Choice

By Lori Dajose When you absentmindedly reach out to pick up your cup of coffee and take a sip, what happens in your brain? Many studies have shown that brain activity begins to ramp up even before you are aware of your choice to move. But this poses a conundrum: Do we have free will to make our own choices, if our brains are already preparing for actions before we are even conscious of them? Now, a new study from the laboratory of Richard Andersen, James G. Boswell Professor of Neuroscience, and Leadership Chair and Director of the T&C Chen Brain–Machine Interface Center, gives new insights into how the brain encodes for our choices about movement. The research indicates that brain activity of abstract high-level choices (such as the desire to consume more coffee) connects to the actual actions (such as reaching out a hand) even before the awareness of such choices to move. “The implementation of current brain-machine interfaces that read out the intent of patients assume that they are simultaneously consciously aware of the intent that is being decoded from their brains,” says Andersen. “Taking into account this early subconscious activity is critical when designing algorithms for brain-computer interfaces 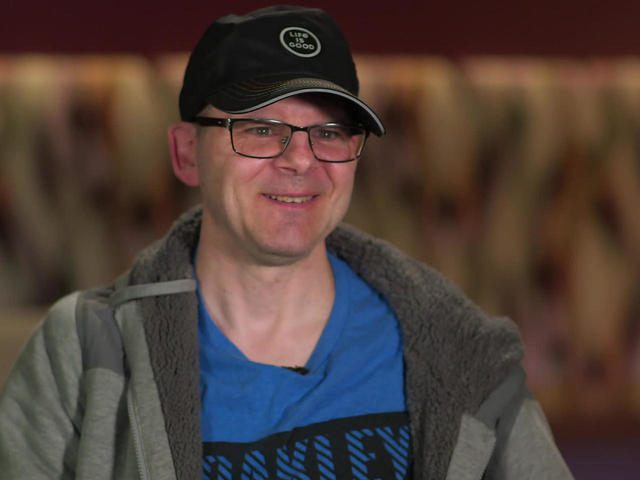 Meet a Pioneer in Stroke Recovery

Retired New Jersey schoolteacher Holly Ulland and her son, Aaron, always have been exceptionally close. She described her son as “very compassionate, loves animals, has always been a tinkerer.”

Young and capable, Aaron seemed perfectly healthy, until one January morning in 2019. 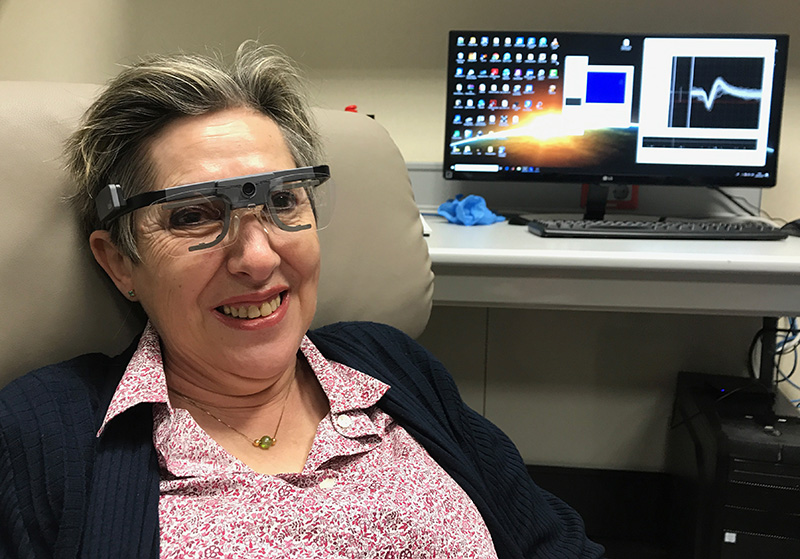 niversity of Utah and Spain’s Miguel Hernandez University successfully created a form of artificial vision for a blind woman using a prosthesis hardwired into her brain.